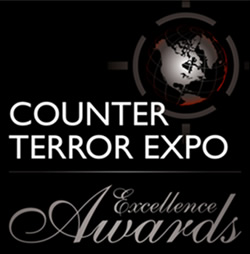 The Counter Terror Expo conference is considered by many to be the “must attend” event for those involved in Perimeter Security and security in general.

It is one of the largest security events in Europe and has nearly 10,000 delegates attending the event over two days at London’s Olympia.

If you would like to find out more, please get in touch with us.

07/06/2013
The Kent & Sussex Business Excellence Awards aim to find out who the best businesses are in the South East by... more»

Our modular perimeter security range of gates and fences have already been nominated and shortlisted for several business awards, both regional, national and international.